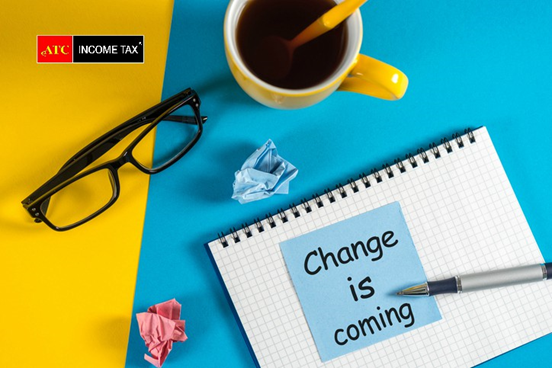 2018 New Tax Plan – Everything You Need to Know

The new standard deduction has been simplified.

The loss of the personal exemption would hit households with larger families the hardest.  To offset this loss, the new tax plan has expanded Child Tax Credit, doubling the credit from $1,000 to $2,000, and also increased the amount of the credit that is refundable to $1,400.

While many deductions remain under the new tax law, there are several that didn’t survive, including:

Republicans were unsuccessful in their efforts to repeal the Affordable Care Act (Obamacare) in 2017.  However, the tax reform bill repeals the individual mandate, meaning that people who don’t buy health insurance will not have to pay a tax penalty.  However, this change won’t go into effect until 2019, so for 2018, the “ACA Penalty” can still be assessed.

Consult with ATC tax service experts, they can answer questions about the new tax bill. In addition, if you could use and advance on your taxes early, you have the option of applying for our interest free tax refund loan instead of waiting for the IRS to process your return. Tax service and Tax Related Financial Products are available – many locations to serve you in Atlanta and Milwaukee markets, Book Now.

Affordable Care Act (ACA) and what it means for your taxes

Get Refund Advance up to $5001 No Credit Check. High Approvals.

Use my current location Or

Subscribe to our free newsletter and receive the latest updates.

Your information will not be published.

We are updating our Twitter Page - Check back soon.

This message is only visible to admins:
Unable to display Facebook posts

1 $500 Bonu$ – also referred to as Free Tax Loan – is an optional tax refund related loan, not your tax refund, and is via ATC Advance for qualified individuals (Not EML). The amount of the advance – $200 to $500 – will be deducted from tax refunds and reduce the amount that is paid directly to the taxpayer. Tax returns may be filed electronically without applying for this loan. Fees for other optional products or product features may apply. The Bonu$ is not a “personal loan” and approval is subject to satisfaction of identity verification, eligibility criteria, and underwriting standards. There is no cost to the taxpayer to receive an advance… 0 fees – 0% interest! Ask ATC Tax Pro for details. Limited time offer at participating locations.

3 Free Tax Loans refer to ATC Bonus1 Loan which has 0 Fees and is Interest Free – 0% APR. There is no additional cost associated with the actual loan. See disclaimer1 for more details.